Women whose achievements are not recognized enough

Human history is full of examples of women who have made important contributions to the development of science and society.

However, the sad truth is that esome of these examples have been overlooked and not passed on to this day.

Despite all obstacles, women have always managed to defy all difficulties and achieve great things throughout history. Whether doctors, scientists or women who have saved other people’s lives with their work: There are countless remarkable women whose work and achievements have not yet received the recognition they deserve.

So here is a list of 14 women who have been passed over in history:

Nellie Bly was a journalist from the 1890s who feigned insanity and went to a mental institution Woman’s Lunatic Asylum was sent to Blackwell’s Island, New York, to investigate the mistreatment of patients there. After her stay, she published an exposé entitled “Ten Days In A Madhouse”, which was seen as a revolution in investigative journalism.

Katherine Johnson was one of the first African American mathematicians to work for NASA. She was also responsible for solving the famous problem of the Apollo 13 space mission (“Houston, we have a problem”) in 1970, since it was she who calculated how the Apollo 13 astronauts could safely get back to Earth.

African American Claudette Colvin was the first person in the segregated southern United States to refuse to get up from her seat on the bus for a white person in 1955. But since she was a young woman who was also pregnant out of wedlock, the leaders of the civil rights movement decided that she was unsuitable as a symbolic figure. Instead, Rosa Parks was chosen.

Before Rosa Parks, she refused to give up her bus seat. Meet 10 unsung heroes of the civil rights movement: https://t.co/PILlyNb3cw #BHM pic.twitter.com/GsCQosrHIm

Irena Sendler worked with other people to smuggle Jewish children out of the Warsaw Ghetto during World War II. The nurse saved over 2,500 children from certain death by bringing them to safety, some of them hidden in garbage bags and coffins.

Mileva Marić was one of the first women to study mathematics and physics. During her studies she also met Albert Einstein and became his first wife. She was a brilliant physicist herself who influenced Einstein’s work.

Albert Einstein’s merits are also due to his first wife Meliva Marić, a Serbian physicist. Unlike Pierre & Marie Curie, he did not share his fame with his wife thinking in old role models. Just like composer Richard Wagner he was a genius but controversial in character pic.twitter.com/GoKDEj3EEd

6. The women of Bletchley Park

Around 8,000 women were employed during World War II at Bletchley Park, a secret British agency that primarily deciphered encoded messages from Nazi Germany. With their work as code breakers, they made a significant contribution to the war successes of the Allies. Her contribution was not officially recognized by the British government until 2009, 64 years after the war ended.

The young mother of five died of cervical cancer in 1951 at the age of only 31. However, cell samples from the American woman’s tumor tissue were used to test the polio vaccine, to initiate artificial insemination, chemotherapy drugs and other numerous medical advances, among other things.

As the youngest daughter of Karl Marx, she was always overshadowed by her famous father. In doing so, it played an important role in the British trade unions, which forced the switch from a 12-hour day, 6 days a week, to an 8-hour day, 5 days.

Mathematician and computer scientist Margaret Hamilton and her team developed the code (shown in the picture) for the flight software of Apollo 11, which brought the first humans to the moon in 1969.

She was the first African American woman to hold a pilot’s license. Because she was not allowed to take flight lessons in the USA, she moved to France, where in 1921 she was the first woman ever to receive an international pilot’s license. She was no longer able to fulfill her wish to set up her own flight school in the United States and train women herself. She died in an air accident when she was only 34 years old.

The research results of the biochemist that led to the discovery of DNA were stolen from her by molecular biologists Francis Crick and James Watson. The two men were awarded the Nobel Prize in 1962 for their discovery. By the time the theft was discovered, Franklin had already died of cancer. The Nobel Committee has recognized their contribution to science, but an award cannot be awarded posthumously.

The geologist and cartographer created the first map of the sea floor in the 1950s, which led to the discovery of tectonic plates and the theory of continental drift.

You may already know that Marie Tharp created some of the first maps of the ocean floor and helped discover plate tectonics. Here are 8 lesser-known facts about this history-making cartographer as we continue our # MarieTharp100 celebration! https://t.co/yXw5xir6E2 pic.twitter.com/RhVqmyAHoB

She was the first to point out what the AIDS epidemic was going to be. She knew something was wrong when she received an unusually high number of requests for pentamidine, an antibiotic reserved for the treatment of Pneumocystis pneumonia – a common cause of pneumonia – in critically ill, immunocompromised patients. The patients for whom it was requested were homosexual men who were otherwise healthy. 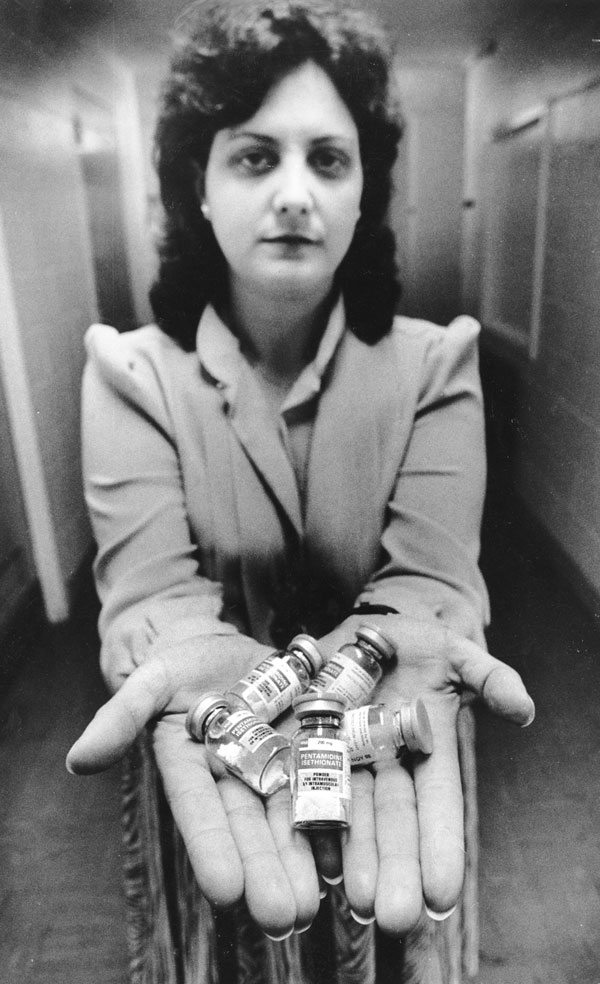 On her very first job with a computer, the computer scientist asked for a manual. She was told there was none. A few months later she wrote one herself. When she proposed an idea of ​​how to make programming easier, faster, and more accessible to the masses, she was told not to pursue it any further. Grace Hopper did it anyway and paved the way for all programming languages.

Where would we be today if it hadn’t been for these women? While society is changing for the better and allowing better recognition of women and their achievements, we still have a long way to go.

More articles on amazing women can be found here: