Rules and laws sometimes make life difficult for us. But where there is a will, there is also a back door. You just have to know how to find it – like the shrewd Protestant in this church joke of the day:

Fancy some really funny videos? (Scroll down for the church joke of the day.)

A Protestant moves into a strictly Catholic neighborhood. On the first Friday of Lent, he grills a fat, juicy steak in his garden. His neighbors, who strictly adhere to the law of fasting, have the mouth watering – they only have cold fish.

And so it goes on: Every Friday the Protestant grills – and the seductive scent wafts into his neighbors’ noses. Eventually they can no longer bear it and they decide to convert him to the Catholic faith so that he will not tempt them anymore. 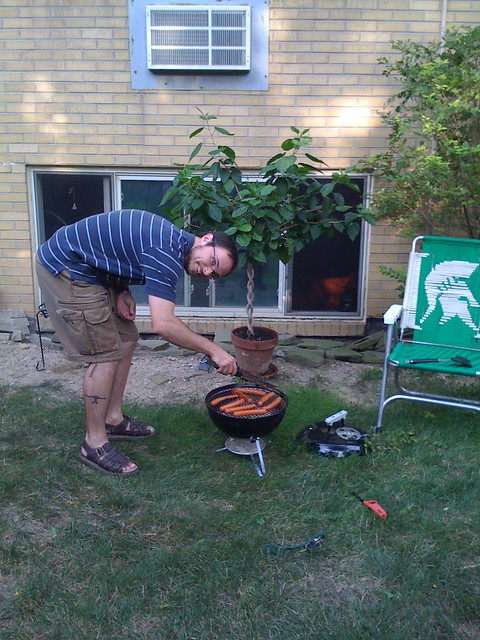 The Protestant is invited to a neighborhood meeting and after long discussions he declares himself ready to convert to the Catholic faith. His neighbors are enthusiastic and immediately take him to the nearest church. There a priest sprinkled him with holy water and said: “You were born a Protestant, you grew up a Protestant and now you are a Catholic!”

Next Friday the seductive smell of grilled meat wafts around the houses again. When the neighbors smell it, they don’t believe their noses. They gather together and decide to stop by their new fellow believer and remind him of his confession.

You can find him in his garden at the grill, as he drizzles a small pot of water on a steak and solemnly says: “You were born a cow, you grew up a cow and now you are a fish!”

Rules are there to be broken. You just have to know where the back door is. In any case, the people in the following jokes have no problem avoiding laws and commandments: