For many people, childhood is the most formative phase in their lives. You experience and learn so many things in such a short time as never again. Childhood memories are therefore an important spiritual asset if they are positive in nature.

Do you want to give your apartment that certain something? Here you will find ideas and suggestions. (Scroll down to the GDR article.)

For people who were born in the former GDR, these memories are even more important, because the world in which they were children no longer exists, just like many of the everyday objects from back then. Despite the shortage economy and restrictions, there were really great things in the east and much of this list will instantly take many people back in time.

Thanks to VERO Construc, even small children from the age of 4 could build like the big ones. With the system of wooden strips and plastic screws, almost anything could be realized if you didn’t have enough of the yellow screw nuts again. There were even boxes with electric motors and light elements.

The stable construction sets made of metal were even more versatile for somewhat larger constructors. 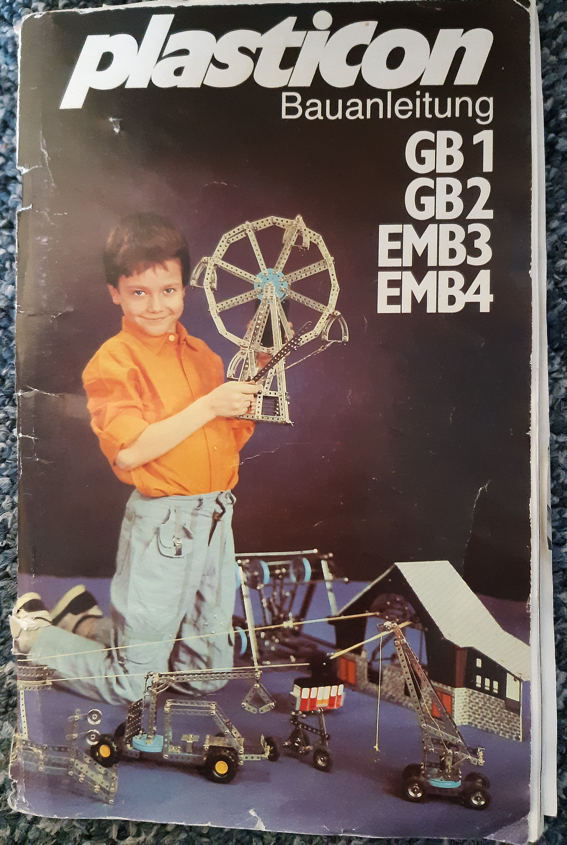 The boxes with elegant names such as “Plasticon” or “Construction” had the same basic principle as VERO, but the design was much more delicate and divided into smaller pieces. Such metal construction kits did not only exist in the GDR, of course. But they were particularly popular there and the construction boxes are still produced in Thuringia today.

There was a large number of toy cars that today enjoy high collector status – also because of their good quality. 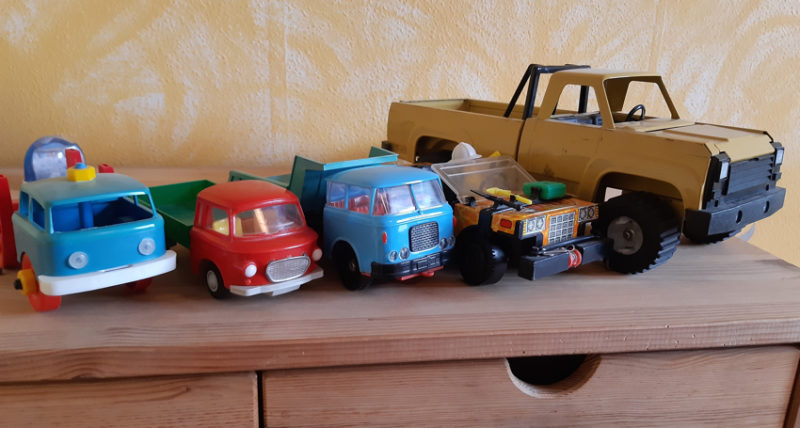 In addition to models of the vehicles from everyday life in the GDR, things sometimes also became exotic, for example with remote-controlled sports cars or lunar vehicles. The picture shows a truck from the “Biggi variant” construction kit, a Barkas and a Škoda from “Anker”, a jeep from “VEB Mechanische Spielwaren Brandenburg” and the extremely stable pick-up “Luchs”, made in Parchim. The jeep in particular existed in an abundance of different designs and was a real export hit.

This truck, which all Steppkes must have loved, should also be emphasized.

With the replica of the IFA W50, the East truck par excellence, it was easy to drive down the slope, even with two people on a car. Even if it doesn’t look like it – the plastic W50 has survived every shot.

Does anyone remember? A tablet with the program preview can be seen on the television and Mutti pulls out the pencil to write everything down. The children sit on glowing coals because the first program comes with “Humming Top” with Achim and Kunibert.

The young man with the dungarees and his elusive, goblin-like mustache buddy were, along with Pittiplatsch & Co., the little ones’ heroes. The whole thing was drawn up quite minimalist: a coal-black backdrop, Achim in bright red dungarees, Kunibert in a puppet theater apartment and a wing chair. You didn’t need more to make children happy. You can watch some of the episodes on YouTube.

The three “Spuk” series, which were designed by CU Wiesner and Günther Meyer in the 1970s and 1980s, have not lost their magic. In “Spuk unterm Riesenrad”, ghost train characters came to life, in “Spuk im Hochhaus” the ghosts August and Jette Deibelschmidt had to perform 7 good deeds and in “Spuk aus outside” a couple of children in the Erzgebirge helped the robot Grandpa Rodenwald against a gang of aliens, the three obscurans. These programs are still fun even for adults today because they were not only produced with great attention to detail and playfulness, but were also peppered with social criticism that could easily slip through the strict censorship on children’s television.

The story of the ancient tree, from whose leaves dreams are made, is certainly one of the most beautiful things that children’s entertainment has to offer. The series of story songs invented by Reinhard Lakomy and Monika Erhardt in 1980 is rightly loved by children to this day. Even adults cannot get the high-quality and timeless songs about the sad luxury egg cup or the diet pancake out of their heads. It’s hard to imagine that the participants in Lakomy’s first children’s song project wanted to remain anonymous because the concept was too novel and strange for them. 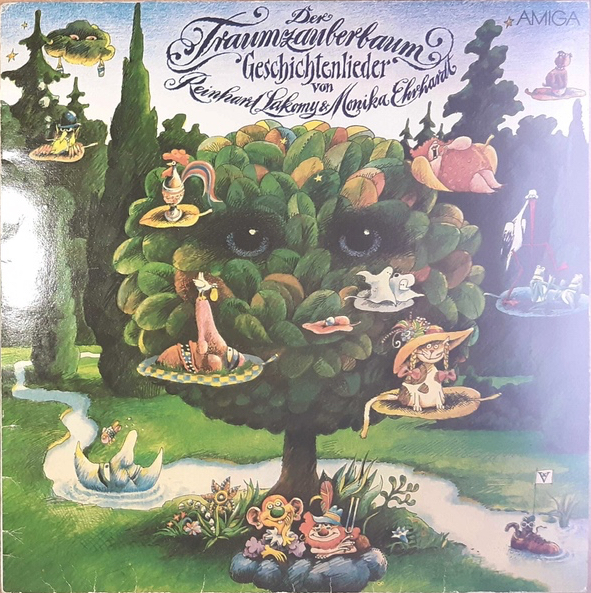 6.) Christmas with the family

The tree is decorated. It crackles on the record player. Then church bells ring and the illustrious family of Schlager boss Frank Schöbel celebrates the Christmas season, sometimes contemplative, sometimes mischievously. This record was (and is) part of the standard program at the Festival of Love. In addition to Christmas classics, there are also a few “modern” songs by the Schöbels. When the landlord ponders his miserable Christmas tree or the children thank their dear little mom in a high voice for “smearing” sandwiches, it is always tastier and more entertaining than “Last Christmas”. 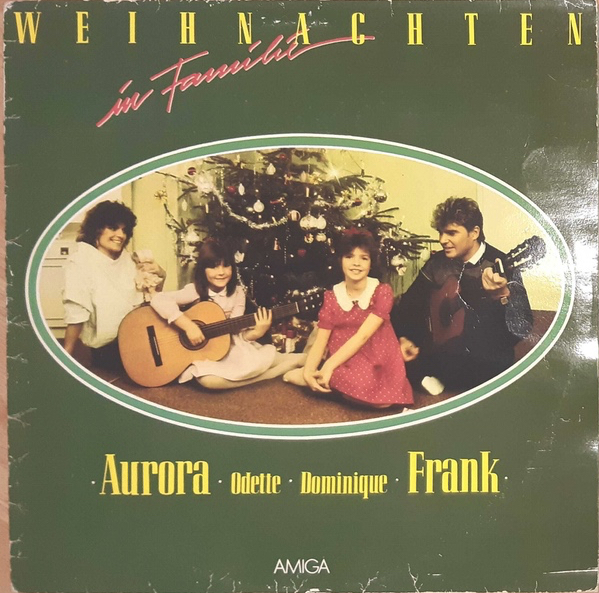 SERO was a real win-win concept for the workers ‘and peasants’ state. All citizens, especially the children, were called upon to collect and deliver secondary raw materials (hence the name SERO). At numerous collection points you could get money for paper, glass, plastic and scrap. In this way valuable raw materials were recycled. This helped the state, which saved imported raw materials, and it benefited the children who could easily supplement their pocket money. In addition, there was hardly any garbage on the streets. 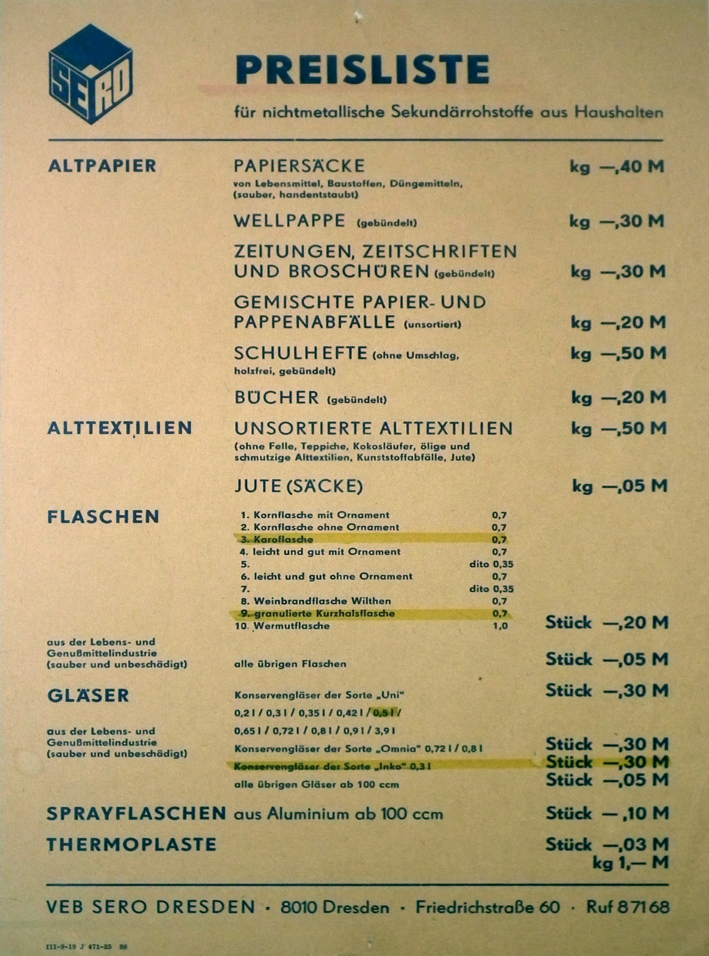 After reunification, the system was to be rolled out nationwide, but unfortunately that failed due to many factors. In any case, the children loved SERO, because it enabled them to fulfill many wishes and the common hunt for raw materials, e.g. through door-to-door collections, was fun. 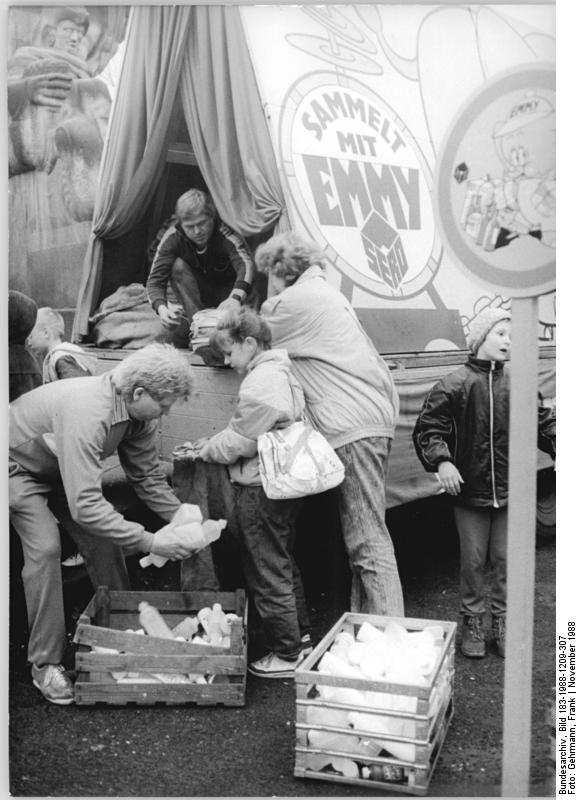 Tip: The “Open Memory Box” offers a lively insight into the life of the GDR. Hundreds of hours of private film footage from this time can be viewed in this online archive. If you don’t feel like watching movies, you should definitely read our article about schoolchildren in the GDR. This article shows why nostalgia should be dealt with critically.

These were just a few of the many things that made childhood worth living in the GDR as well. Some have disappeared, some have survived to this day. Can you think of anything else that is an essential part of childhood in the East? Let us know!