14 curious and fun facts about nature and animals

The world is full of secrets – a simple look out of the window shows that. Because every little animal and every inconspicuous plant is a marvel in itself.

Mother nature simply has what it takes to amaze even those who have opted out of biology at school. Curious facts like the following may not be found in textbooks, but that doesn’t make them any less fascinating:

The shimmering colors of the toucan bill remain long after the bird has died. After a while, however, they fade. Incidentally, the imposing beaks are not just a freak of nature: researchers have discovered that they work like a kind of air conditioning system. Fine veins run under the surface of the beak, which conduct body heat to the outside.

2. The “werewolf mouse” howls at the moon.

Are mice harmless and cute? The so-called grasshopper mouse does away with the cliché of the cute, cheese-crazy mouse. The vole native to North America cannot do anything with cheese anyway: The rock-hard rodents catch and eat scorpions. The delicate mouse bodies are not only immune to their poison, they even turn it into a natural pain reliever. To mark their territory, they emit a piercing whistle that earns them the well-deserved title of “werewolf mouse”.

For humans, intestinal winds are cause for cheerfulness – for some fish, pupils are vital. A Scottish research team found out that herring use flatulence to communicate in the dark and to warn each other of attackers. 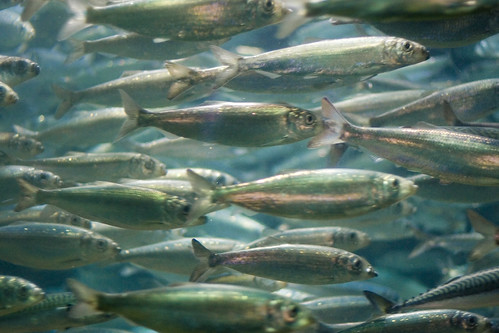 4. There are no mosquitoes in Iceland.

Iceland is full of surprises. In addition to the legendary and enchanted landscape, there is another good reason to pay a visit to the island state: the island is free from mosquitoes. The cool island climate and the water that freezes over several times a year are a bad breeding ground for pests. 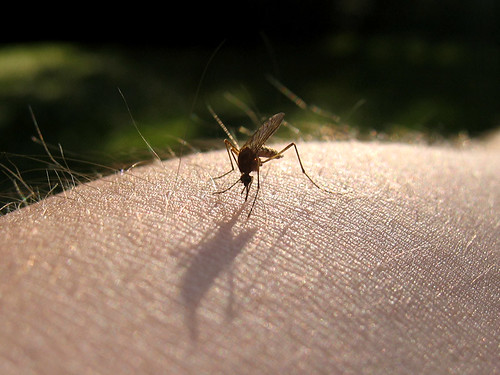 When it comes to life and death, bees don’t just rely on their sting. To defend themselves against attacks by the Asian giant hornet, Japanese honeybees have developed a fascinating defense strategy: when a hornet scout approaches, the workers immediately form a dense cluster around the intruder. By trembling muscles, the bees generate a warmth inside the grape that is barely bearable for them, but which kills the hornet.

6. Platypuses do not have a navel.

Platypuses are the best proof that Mother Nature writes the craziest scripts. When the egg-laying mammal was discovered in 1798, scholars thought it was a joke. A Scottish zoologist suspected that some prankster had tied a duck’s bill around a beaver. But the beak is real – as is the fact that platypuses, like all egg-laying animals, do not have a navel.

Just in case you were wondering what a baby platypus looked like. from r / aww

Monogamy is not a human invention: even seahorse couples remain true to each other throughout their lives. When two seahorses come together, they hook their tails and swim next to each other – like a couple in love holding hands. Incidentally, the male carries the offspring in his stomach.

Dolphins are not only intelligent but also lustful. It was found that the clever marine mammals are among the few animals that not only have sex to reproduce, but also for pure pleasure. In addition, they do not seem averse to intoxicating substances: nature filmmakers have observed dolphins getting intoxicated on a puffer fish. Puffer fish emit a weak poison when they feel threatened. The film shows how the dolphins nudge the animal back and forth and get intoxicated with the puffer fish poison. Apparently they even take turns.

This pufferfish booped by a dolphin from r / pics

Dolphins are not the only intelligence bolts in the sea – octopuses can easily hold a candle to them. The fact that octopuses are breakout and survival artists is well documented. But did you know octopuses dream? At least that’s what the following video suggests, in which the octopus Heidi changes color while sleeping. It is possible that the octopus dreams of a predator, which starts her camouflage reflex.

The mating behavior of trout shows that not only human relationships are complicated. In order to get rid of an unwanted candidate, the female uses a clever deception maneuver: it signals to the male that it is ready to mate by digging a hollow with its caudal fin and pretending to lay its eggs. The male jumps on it and releases his semen – into the void. Meanwhile, the female runs away and looks for a better partner. 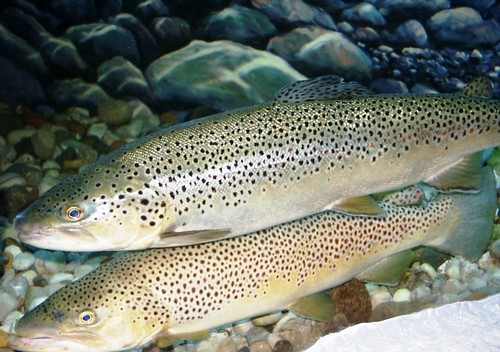 Animal friendships are in no way inferior to human friendships. Cows, for example, are capable of intimate relationships. Once the good-natured ruminants take a liking to their hearts, they will never forget them again. If your boyfriend suddenly disappears from your life, you can become stressed and depressed. A poignant example of the big heart of the cows is this touching video of a dog reunited with its girlfriend.

Cows have “best friends” and get stressed when separated. from r / Awwducational

Japanese macaques are real wellness freaks: The monkeys native to Japan spend the winter in hot springs, where they take care of each other and relax. Since squatting in the natural whirlpool gets boring at some point, the primates have fun with shaping and throwing snowballs.

There is a tiger in every cat, but sometimes the other way around. Among the big cats, cheetahs are probably the most similar to our beloved house tigers. The lightning-fast hunters not only purr like a kitten, but also moan like an oversized domestic cat.

The largest heart in the world beats in the chest of the largest animal in the world – that should not surprise anyone. But how gigantic the heart of a blue whale really is leaves you speechless: It is so big that it can accommodate an adult and can weigh up to a ton.

These curious facts are just a small foretaste of the inexhaustible knowledge that lies dormant in nature. If your curiosity has not yet been satisfied, here is a lookup: