Often one hears and reads about celebrities in the headlines only that they have spent their money on some mischief again. But there are also those stars who use their popularity and reach to do something really good, like the band “Soul Asylum” from the USA with their mega hit “Runaway Train” from 1993.

Anyone who remembers the music video knows exactly what it means: frontman Dave Pirner and his band shot a video together with producer Tony Kaye that was peppered with pictures of missing children. If you don’t know it (anymore), you can take a look at it here:

To make this video a reality, the band had to work with the National Center for Missing and Exploited Children, the organization for missing and exploited children in the USA, entered into a deal: In order for the band to receive the pictures of the missing children, they in turn had to promise to replace the pictures of the children that were found with the help of the clip with new ones. That is why there were three different versions in the USA alone, as well as others in Canada, Great Britain and Australia.

Here you can see the front man during his music video:

Dave Pirner was inspired by the milk cartons, which in the USA since the 1980s had pictures of missing children on the pages and thus contributed to the solution of many cases. By the way, one of the first and probably best-known “milk carton children” is Etan Patz, who disappeared in 1979 but was never found.

So what happened to the missing children and young people? Of the 36 missing people shown in the videos, 25 were found or have returned home. There is still no trace of the remaining children. Here are some of their stories:

On February 1, 1990, the then 13-year-old disappeared without a trace from the town of Fort Walton Beach in Florida, USA. The responsible authorities originally believed she ran away, but it is now certain that she disappeared under different circumstances. However, what exactly happened has not yet been clarified.

Aundria Bowman was last seen at her home in Hamilton, Michigan, when she was 14. That was March 11, 1989. For a long time no one knew what had happened to her, but in January 2020 Dennis Bowmann, the man who adopted her when she was five months old, confessed to Aundria’s murder. In the spring of 2020, her remains were found in a small “grave” on Dennis Bowman’s property, who was sentenced to prison in May 2020 for murder, child molestation and mutilation.

On January 29, 1992, 17-year-old Byron Page from Los Angeles disappeared on his way to a music store he frequented. He never returned home from this excursion. Store clerks couldn’t remember seeing Byron in the store that day. It is believed that he did not run away willingly as he had just passed a test that secured him a college scholarship and was due to take his driver’s test the next day. So apparently he had no reason to run away, but nothing is known about his disappearance. 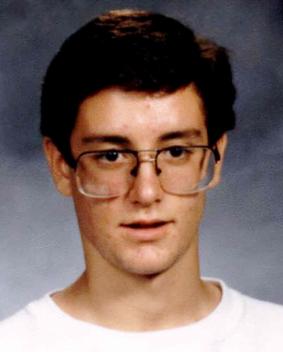 When young Christopher Kerze told his mother on April 20, 1990 that he had a headache and could not go to school, he stayed home while his mother went to work. When she got home at 3 p.m., she found a note from Christopher that said, “Mom, something important has come up, I’m feeling better. Will be back at 6pm (unless I get lost). Love you, Chris. ”The words“ get lost ”were underlined twice. Christopher had taken the family car and his parents’ gun.

The day after his disappearance, the family received a handwritten letter in the mail stating that he (Christopher) had lied and was not sick at all, but that he had taken the car to “just go somewhere” with the intention of himself to take life.

One day later, the family’s car was found about 300 km away. The area where the car was found had been combed extensively, but there was no trace of Christopher.

Curtis Huntzinger, then 14, disappeared on May 19, 1990 from Blue Lake, California. At first it was thought he had run away, but after a few years it was suspected that something else must have happened: murder. Curtis said a few days before his disappearance that he was being molested by a family friend, Stephen Hash, then 35. However, when his mother urged him to tell the police, he revised his statement.

Presumably, the boy went directly to Hash instead and confronted him, who then (according to his own statement) lost his nerve and killed Curtis with a dumbbell. It is doubtful that this corresponds to the actual course of events. However, Hash confessed to the fact and led the authorities to Curtis’ body, which was in a shallow grave between Blue Lake and Korbel on California State Route 299 and was now completely overgrown with tree roots. Hash was sentenced to eleven years in prison in 2009 and had to pay the equivalent of just under 7,500 euros. 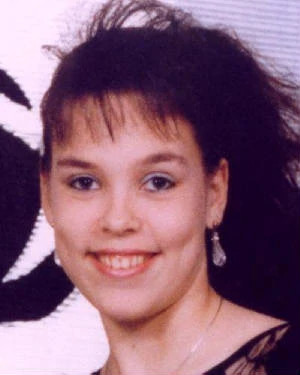 14-year-old Wilda Benoit was last seen on July 23, 1992 at her childhood home in Creole, Louisiana. She too was officially thought to have run away, but the family refused to believe it. In 2003, Wilda’s stepmother posted a public post on social media saying, “If Wilda Mae is reading this, I’d like to let her know he’s been dry for a while.” This post made many believe her had fled from poor household conditions. It is believed that she might have gone to Florida, but there is no evidence to support this theory. 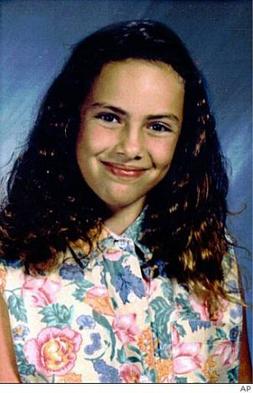 The case of Polly Klaas is probably the best known from the “Runaway Train” videos, because it achieved international “fame”. On October 1, 1993, 12-year-old Polly was kidnapped from her nursery while her mother’s party. The kidnapper, Richard Allen Davis, threatened her with a knife and took her away.

Due to many unfortunate coincidences, Davis was not recognized, even though he was stopped by the police: just 30 minutes after the kidnapping, the responsible authorities issued a radio message with a description of the kidnapper. When Davis was stopped about 30 km from the house, the radio message was already out, but only ran on channel 1. The police who checked Davis could only hear on channel 3 in their district. Davis was able to continue unrecognized. Two months after the kidnapping, Polly was found near where the police stopped Davis – he had strangled her and left her in the bushes. In 1996 Davis was sentenced to the death penalty, the sentence has not yet been carried out. 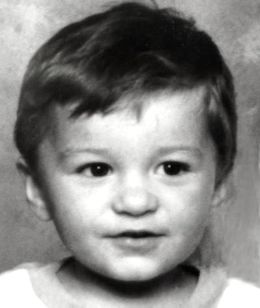 When Thomas Gibson disappeared, he was just two years old. He was last seen playing in the front yard of his Azalea, Oregon home on March 18, 1991. Thomas’ father, Larry Gibson, was jogging at the time of the disappearance but had his handgun with him to shoot stray cats that were on walking around his property. Larry later said he shot a cat near Thomas, but missed it. When he returned from jogging 45 minutes later, he found out that Thomas had disappeared. Furthermore, his 4-year-old daughter saw an unidentified couple drive into the driveway and kidnap Thomas. When a major search was started, Larry told the helpers a short time later to stop looking because it had started to snow.

However, investigators believed that Larry hit the said cat after finding a dead animal near Thomas’ last whereabouts, and that the bullet went through it and hit Thomas. Larry noticed this after his run and buried the boy. However, Larry vehemently denied this allegation. When his wife separated from him in 1994, she and her daughter changed the original statement regarding Thomas’s disappearance: the girl said she saw her father hit Thomas, then put him in a plastic bag and drove away.

In 1995 Larry was charged with manslaughter, although he still denies being involved in the incident, which is why he was released in 1996. Thomas’ body was never found.

Fortunately, there are also stories that, thanks to the Runaway Train videos have had a nice ending, like those of Ginger Sue Hudson and Elizabeth Wiles (see photo on the right).

Elizabeth ran away when she was 16 to live with her boyfriend. There she saw the music video of Soul Asylum on MTV and ultimately decided to contact her mother again and solve the family problems. She flew home a few weeks later. Elizabeth was the first to return home after the music video was released.

Ginger Sue Hudson, who disappeared in 1992, was also found alive a few months after the video first aired. 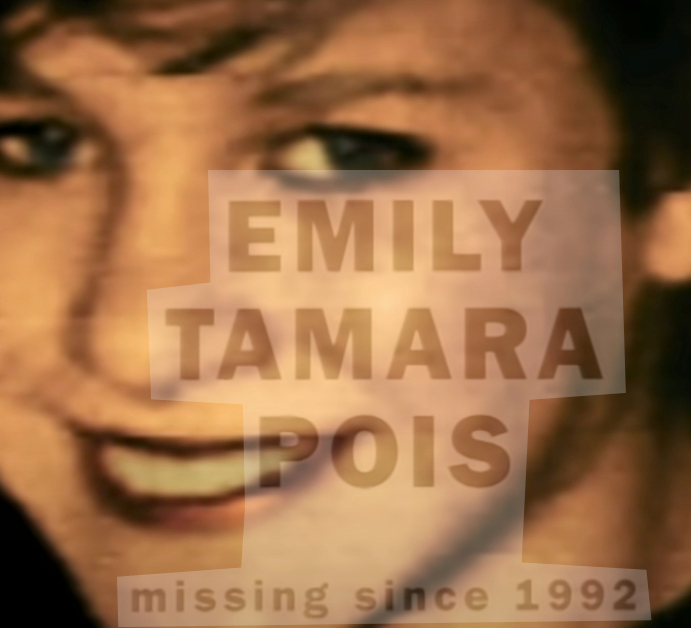 However, there are some cases that are difficult to find information about, such as those of Heather Lee Yagle, Darlene Michelle Hungerford, Michelle Ann Farley, and Emily Tamara Pois (see photo). What you know or suspect is:

When three German backpackers disappeared in Australia in 1991, but the three were mentioned in the Australian version. These were the 21-year-old Simone Schmidl, who disappeared on January 20, 1991 when she made her way from Sydney to Melbourne, and the young couple Gabor Neugebauer (21) and Anja H Faroe (20), who were last seen on December 26, 1991 leaving the Kings Cross Hotel for Mildura. Here you can see the two:

Due to the gruesome circumstances of their death, the bereaved did not want the three to appear in the Australian video: They fell victim to the serial killer Ivan Milat, who killed seven people between 1989 and 1994. Out of consideration, the version was deleted with them.

Even if not all children and young people could be found with the help of the videos, they were able to bring many families back together or at least clarified them. Soul Asylum managed to (re) connect the people with their music in a completely different way and not let the missing people be forgotten. Perhaps the band also gave a little bit of strength to the families that their lost children will remember forever.